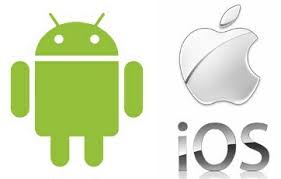 Byliner works like a Spotify for writing - it's packed with fiction and non-fiction stories, and you can read as much or as little as you want for £6.99 a month.
New content is added on a regular basis, and the app offers more than 30,000 pieces of content from writers such as Margaret Atwood, George Saunders, Naomi Klein, Paul Theroux and Mary Roach. Content can be sorted by reading time, and cached for offline browsing. The app is iPad-only at the moment but you can have a look around without having to subscribe straight away.

Manything turns any iOS device into a video surveillance camera, letting you keep an eye on the garden, your pets or anything else you like.
If you've an old iPod touch or iPad lying around that you don't use any more, then Manything could be especially useful. The app is simple to use, and well laid-out, and it comes with features such as motion detection and sound-activated flash. All of your captured footage is stored on the web ready to watch at any time, and you get 3.5 hours of recording for free.

What The Meego lacks in originality it makes up for in style and playability. You take charge of a gang of villagers living on a volcano who need your help to prosper - as usual, you'll need to do some building and collecting and expanding, but there are enough unique rituals, mating dances and characters here to keep you entertained.
The quick tutorial means you can pick up the mechanics of the game very easily too. It's free to download and play, with in-app purchases available.

Free on iOS and Android.

Everlapse
If you're bored of photos and videos now, and want something in between, Everlapse is here to provide a solution - it enables you to capture individual frames that you can combine together, flipbook-style, into an interesting animation to share with others.
You can allow your friends to add their own pictures (if you want to create a "what we're reading" flipbook, for example), or simply use it to keep related photos stitched together. The slick, polished interface is reminiscent of the likes of Vine and Instagram - Everlapse's developers will be hoping their app does just as well.
Free on iOS.

Aviary produces a variety of excellent photo editing apps across the web, desktop and multiple mobile platforms, and you can now add Windows Phone to that list of mobile platforms.
The new app contains a bevy of useful features, including the ability to crop pictures, add a variety of features and overlay text and your own scribbles. You can also add a variety of fun stickers. Such is the quality of the app, even at version 1.0 it's already one of the best you can get for your Windows Phone.
It's free.

For those of you not yet familiar with the web service IFTTT, it pulls together a whole host of accounts and lets you set up actions between them. For example, you can save your Instagram favourites to Dropbox, send starred emails to Instapaper, update your Facebook and Tumblr accounts at the same time, get text updates whenever the weather is going to be sunny, and much more besides.
The new IFTTT app (iPhone only for now) brings much of this functionality to your device - it also includes Apple-specific triggers and actions for you to build on.

Tiny Thief is a highly polished, highly enjoyable new game from one of Rovio's new publishing programs, Rovio Stars. The controls are just as simple and straightforward as Angry Birds, but this game isn't physics-based: instead you'll need to solve a variety of puzzles using the right timing, some brainwork and a little experimentation.
All of the levels are gorgeously rendered and it's one of those titles that's easy to pick up but which still provides an addictive challenge.
£1.99 on Android and iOS.

The only problem with group pictures is that the person taking the photo misses out on being in the frame. Groopic tackles the issue head on - it enables you to take two separate pictures, taken by two different people, and then merges them together to create one master shot.
It's not perfect, and the other people in the image have to stay very still, but it's an interesting option for those times when you can't find anyone else to take a snap of you and your friends.
69p on iOS.

Flixster's BlackBerry 10 app has received a significant update which, among other things, lets you stream UltraViolet videos you own direct to your device (bringing it into line with the Android and iOS apps).
Add to this all the regular Flixster goodness, including a rundown of new films in cinemas and on DVD, stacks of information about any movie together with associated reviews, and plenty of trailers to watch, and it's an essential app for any movie lover.
It's free.

Isometric enables you to create beautiful geometric drawings and artwork with just a few taps of your finger. From optical illusions to patterns and logos, you can construct all kinds of 2D/3D designs using a simple diamond shape as the foundation.
It can take a few moments to get orientated, but the 10-second tutorial is helpful, and once you get the hang of the tapping and placing you'll be producing some eye-catching designs in no time. When you're happy with your work, you can add various filters for a paper, texture, gradient or tilt-shift effect.
£1.49 on iOS.

Plenty of big changes afoot in the Google Maps updates this month, which may encourage you to update your version or give it a try for the first time.
Both the Android and iOS apps now have the new-look, streamlined interface that gives more room to the map itself, and the iOS edition has finally been updated to offer full support for iPads. There are new search features and live traffic reports, but Google Latitude has been removed, to be replaced by location features from Google+.

The dark, ghostly Limbo has earned rave reviews since its introduction on the Xbox 360 and Playstation 3, and now it's available for iOS too. The beauty of the game is in how straightforward it is to play, and how atmospheric the graphics and minimal sound effects are.
You take on the role of a young boy who sets off into a strange and eerie world to look for his missing sister. You'll have to cough up a few pounds to play the game, but you're unlikely to be disappointed.
£2.99 on iOS.

Like Amazon's Kindles, the Kobo e-readers have associated mobile and Web apps that you can use to keep turning those digital pages across multiple platforms.
The Kobo app is now available for BlackBerry 10, which means if you own one of the company's handsets you can join in on the action - the app brings with it the ability to access your library, customise your reading experience and buy new e-books, and of course your reading progress is synced across all of your apps as well as any physical Kobo e-readers you own.
It's free.

ou may have heard about the British schoolgirl who recently ran up a phone bill of £3,800 by uploading pictures of New York to Facebook, and incurring data charges while abroad remains a real headache for many travellers.
Enter Roamer, which can keep your costs as low as possible on holiday - some work is required on your part, as you'll need to buy a cheap foreign SIM in your country of choice, but once this is done Roamer automatically routes your usual number through this SIM, making sure you're always using the lowest data and calling rates.
Free on Android and iOS.

Polaroid is trying to prove it's still relevant in today's fast-snapping filter-loving digital photography world with this Polamatic app. It'll probably remind you of one particular app that has already made a big splash with photos and filters, but Polamatic brings with it some effects of its own as well as the ability to caption your polaroid snaps, just like the old days. It's easy and fun to use, though you will have to shell out a few pennies to get hold of it.
65p on Android, £1.49 on iOS.