Sony's new phone with a flash for selfies

Sony has revealed a new selfie-focused smartphone, the Xperia C3.
The C3 features a five-megapixel front-facing camera, which isn't that impressive compared to the Huawei Ascend P7's 8MP shooter. 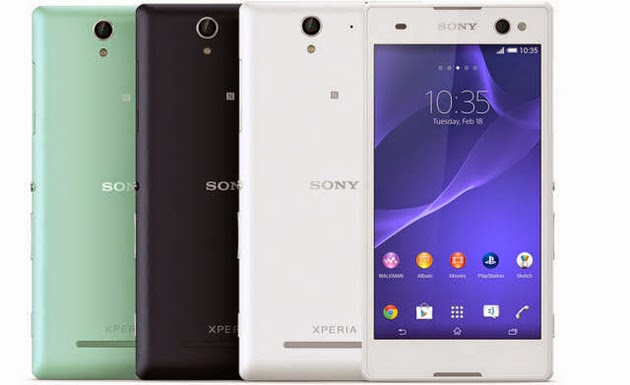 However, it stands out from the Huawei's flagship thanks to the inclusion of a "soft flash" on the front too.
In a cool move, you can simply take a selfie by tapping the back cover.
Sony has also packaged a few camera features for your selfies, such as portrait retouching, augmented reality effects and a movie creator tool.
Otherwise, the C3 is your standard mid-range smartphone, featuring a 1.2Ghz quad-core Snapdragon 400 chip, 1GB of RAM and 8GBs of expandable storage.
Other specs include a 5.5-inch 720p screen, 2500mAh battery, 8MP main camera, dual-SIM support, LTE and Android 4.4.
Nokia is also rumoured to be working on a smartphone with a 5MP front-facing camera (albeit with no flash, it would seem).
Codenamed 'Superman', the Nokia device is expected to be a mid-range smartphone as well.