July 11, 2014
Google's Chromecast now makes it easy for Android users to send whatever is displayed on their tablets and smartphones straight to their televisions.


Originally, the Chromecast — a small device that plugs into the HDMI port of your television — only let users push content from select apps, such as Netflix, Hulu or YouTube, to the big screen. The company said Wednesday that it's started rolling out a new  feature to select Android devices that lets users show off their screens regardless of what app they're running. 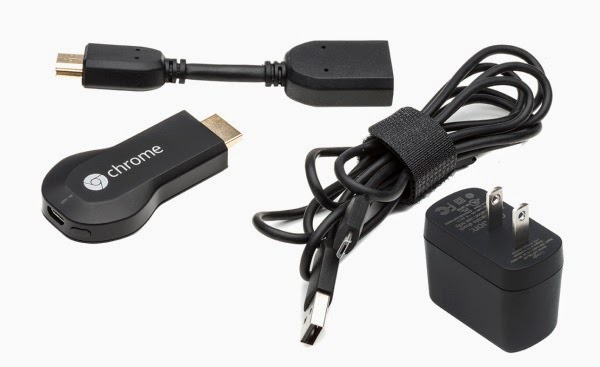 Google first announced that it would include the feature at its developers conference last month. According to a company statement, the new feature is rolling out first to Google's own Nexus-branded products, as well as some of the most popular Samsung, HTC and LG phones and tablets. The company says that support for additional devices is "coming soon." And, no, the feature isn't currently supported on the iPhone or iPad.
Apple fans can already do basically the same thing with Apple TV's AirPlay function. But this little feature makes the Chromecast much more useful to average consumers. Google has done well selling the Chromecast even with its previously limited capabilities. Now they can argue that the device is useful whether you want to share pictures with your family or a spreadsheet with your boss.
It also makes the Chromecast a more valuable part of Google's overall device strategy, since it gives Android users a specific perk for going all-Google. That move fits in well with the agenda Google set at its June developers conference, when the firm made it clear that it wants a little bit of Google in everything, from your car to your watch. Apple's done a particularly good job retaining customers by making devices that work best with other Apple products. Mimicking that strategy with its operating system gives a Google a chance to do the same with its ecosystem, even though a lot of different companies make Android devices.
The update began rolling out Wednesday, and users who upgrade to the latest version of the Chromecast app (1.7) should see a new "Cast screen" option pop up.